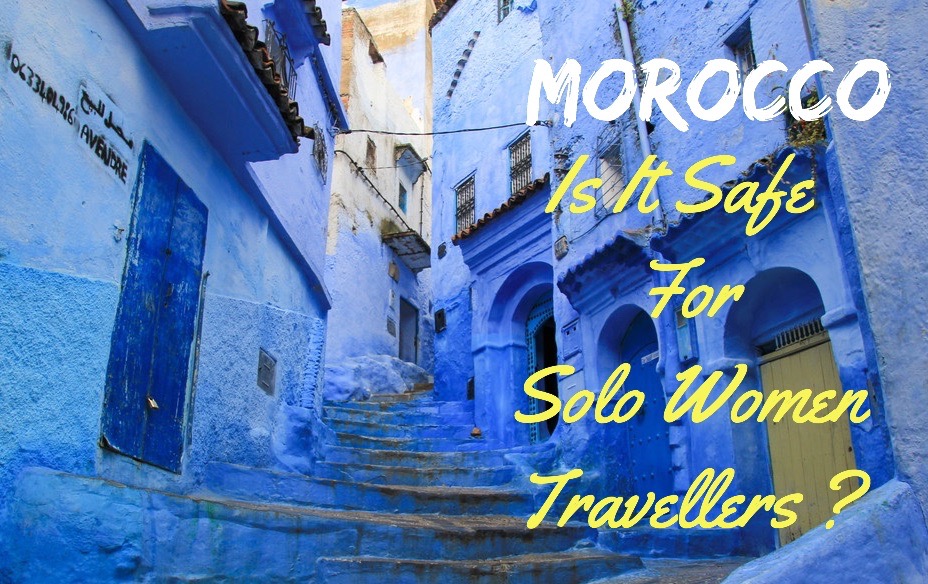 Is Morocco Safe for Solo Women Travelers
Share On 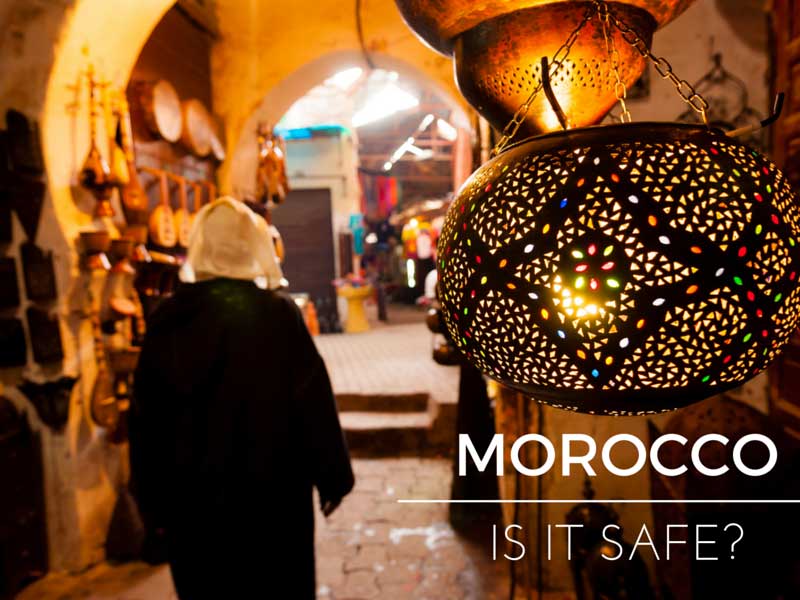 Pleasingly surrounded by North Atlantic Ocean and the Mediterranean Sea, this beautiful North African country shares borders with Algeria to the east and the Spanish north African territories. With the snow-covered peaks in the High Atlas and the unending sand dunes lying in the Sahara – this Islamic tradition-rich country with its medieval marvels is full of surprises for the travel hungers! One can easily reach here from France and Portugal as this African country shares one rich colonial past with both the Reconquista in Portugal and of course with the French.

As you walk down this labyrinthine country and keep exploring the medinas, the souqs with their large local produce of arts, crafts and distinct food items, you can hear multiple languages spoken with their very different crisp dialects. French, Berber, Arabic are the dominating languages of course. The Arabic they speak is mostly the standard modern Arabic though the vernacular largely is Moroccan Arabic which is absolutely different from the Standard Modern Arabic. If you venture far away at the Berber neighbourhoods up in the High Atlas mountains, the Berber language will surprise you with its all three amazing dialects; namely Tarifit, Tamazight and Tachelheet. In the North, as well as in some parts of the South bordering the Chefchaouen, specially in the Spanish enclaves, you will find Spanish spoken, though not much!

Traveller’s paradise, but is this a safe country to travel solo ?

Travelers across the globe got a clear suspicion.

Morocco… solo or in a group! Especially when it comes to women…

To be honest, this North African country is an amazing experience with its high Atlas mountain range running across north to south and the Sahara desert lying in magnificent splendor in between. The Moroccans are extremely hospitable and amicable fellows who will heartily welcome you to their country. But is the picture enough!

One conservative Islamic nation, a country still wee bit away from the touches of globalization with its medieval culture and lifestyle greatly in practice, Morocco hails traditionalism and conservatism as its core value system. Therefore, while travelling there, please keep this in mind. This is not Europe or the United States you are traveling to. Especially for women, traveling solo here can be bit problem. No, you are not going to face any sexual harassment out in the open. But the cat-calls, lewd remarks might flow in from anywhere as you walk down any of the winding streets in the Medina or in and around the Souqs. Yes, you might feel uncomfortable at the unwarranted gazes, even will have to tackle groping issues while moving around the crowded market place; even in broad daylight!

What You Should Not Do:

The fear of some unforeseen events should never spoil exploring the wonderful places in this brilliantly beautiful country. Keep few things in mind as you travel down the Moroccan streets. That should be enough!

#At every corner, there’s a possibility that you shall be chased down by some faux guides. They will nab you and uninvited, will try to show you around! Be firm and best, don’t at all look into their eyes! Quietly, with a thankful gesture, just pass on.

#Keep your belongings safe! In the crowded Medinas and Souqs pick-pocketing and snatching is very common! Always be on your guard and it’s better to leave your passport and money back in the hotel. Carry the minimum amount for miscellaneous expenditure.

#Men here are not used to see skimpily clothed women in streets. Gender sensitivity is quite much in any of the Islamic countries where men are not used to much communication with the fair sex outside their homes and family! Respect the custom and wear something decent, covered. No, you don’t need to wear a ‘Hijab’! But a little precaution taken on your part can actually save you from any unnecessary trouble! Wear a long flowing dress, cover your shoulder and arms properly and let not your cleavages shown! The more aware you are, major chances are there that you avoid unnecessary stares!

#Morocco is one country where if you ask for direction, people might ask money from you! You won’t probably understand that catch and chances remain you cosily walk into that trap! So think before you ask. It’s a country teeming with hundreds of thousands of people and for many scamming the tourists is the only way of living! Well, they are not going to pose any major threat to your interests; but try to be on guard; as much as possible!

#Even if you at times feel the temptation to move around alone, it’s always better to move in your respective groups. The local guides will be there who shall make your trip absolutely smooth. If you are smart enough and can’t resist hitting the medina in Fez, be yourself, walk smart oozing full confidence and try to avoid eye contact with strangers! After all who doesn’t love one lonely exotic woman on move!

#Ladies, it’s better if you control your desire to drive around in and around the country. It’s always convenient to have own vehicle as it not only saves time but you can always plan your journey according to your plans and schedules! Driving in Morocco is dangerous as many of the streets in the main cities are not at all drive- friendly as they still have donkey carts plying around. Also, in the mountainous bends you can see the cars rushing and competing with each other in mad frenzy! Traffic rules are nearly non-existent! Though the law keepers try to control the situation, most of the time it is of no use!

#If you hit a roadside eatery to have that lovely Moroccan delicacy and is alone of course, don’t forget to mention that your husband is about to come and join you. It might sound weird but at the same time can save you lots of unnecessary hassles. Even if your male co-traveller joins you, pose as a couple. A stitch in time saves nine!

#Don’t ever walk the streets alone at night; even the brightly lit crowded medina alleyways. There are chances you might hit a blind lane or get lost in the frenzy while bargaining for that perfect Birad (classic Moroccan tea pot)! You can be groped or hassled for fun! Don’t expect some serious casualties to happen though!

Last but not the least; shed all your unnecessary fears and embark on a true Moroccan experience! Morocco, overall, is a peaceful country with warm and hospitable people who will be ready to spread their warmth to you anytime you need! Political and religious unsettlements are hardly felt as the people of Morocco prefer peace to any kind of separatist issues. As far as safety issues are concerned, keep the already discussed points in mind. You will have a lifetime experience that can fetch you back to this lovely country few times more! Stray incidents can happen anywhere, at any given moment. Morocco too is not an exempt. But solely judged on the ground of being an Islamic nation and therefore a mindset that problems are sure to happen, is not at all justified!

So pack your bags, keep the local embassy address handy in case you need some urgent help and set out in your journey into the vast desert sands and into the lanes of the ‘blue’ city and the snow-covered Atlas Mountains!

If you want to join us for our Morocco trip in then Call/Whatsapp on 9029099709 or visit www.travelbuddiestalk.com